Did you miss part 1? You can read it HERE.

So as you can imagine, I was pretty happy to get to London after a two day drive. However the evening we got there I got a bit sick, and I spent the next morning in bed sleeping. Until that is, my husband took off with his Dad and brother to a soccer game.

It was a bit of a long day feeling sick and being stuck in a hotel room with the 3. I did manage to get it together enough to go for a short walk (short because 5 or 10 minutes in Elisabeth decided listening to me was optional) with my sister-in-law.

There was however a beautiful sunset from our hotel window. 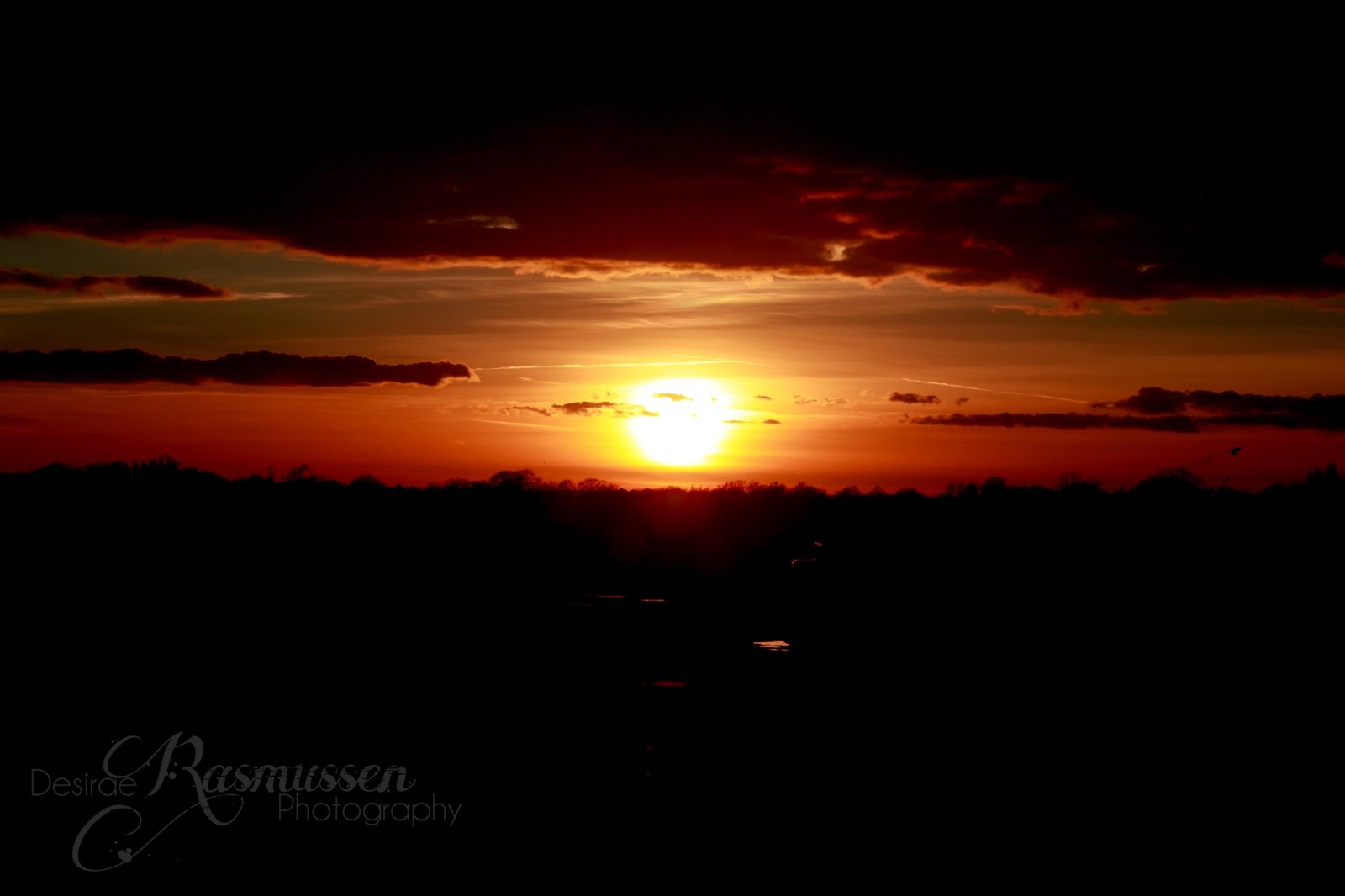 That evening Sean and I ventured out with the kids seeking food. We ended up at a Wimpy’s for burgers and fries. On the walk home, Julius decided to have a fit and just about turned and ran into traffic. I just about had a heart attack, but was able to grab him in time. From that point on it was decided the kids don’t get to walk much.  London streets are far too busy to risk it.

The next day was the Wedding, but in the morning we were able to go out for a quick walk to Teddington Lock. 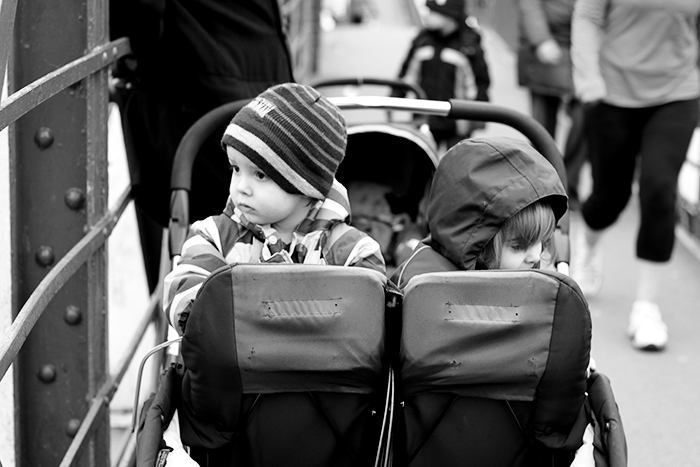 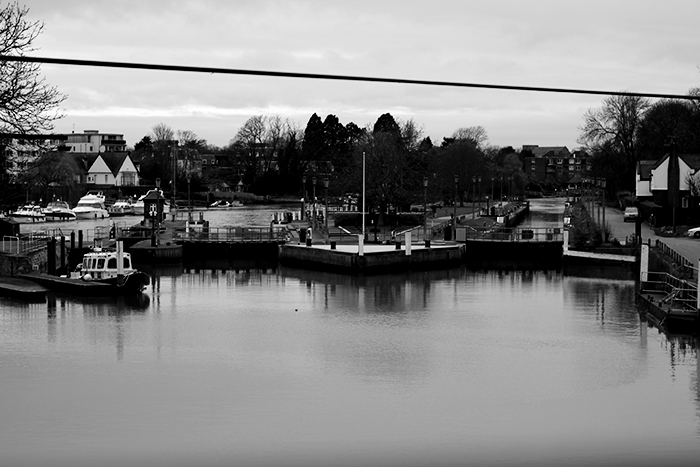 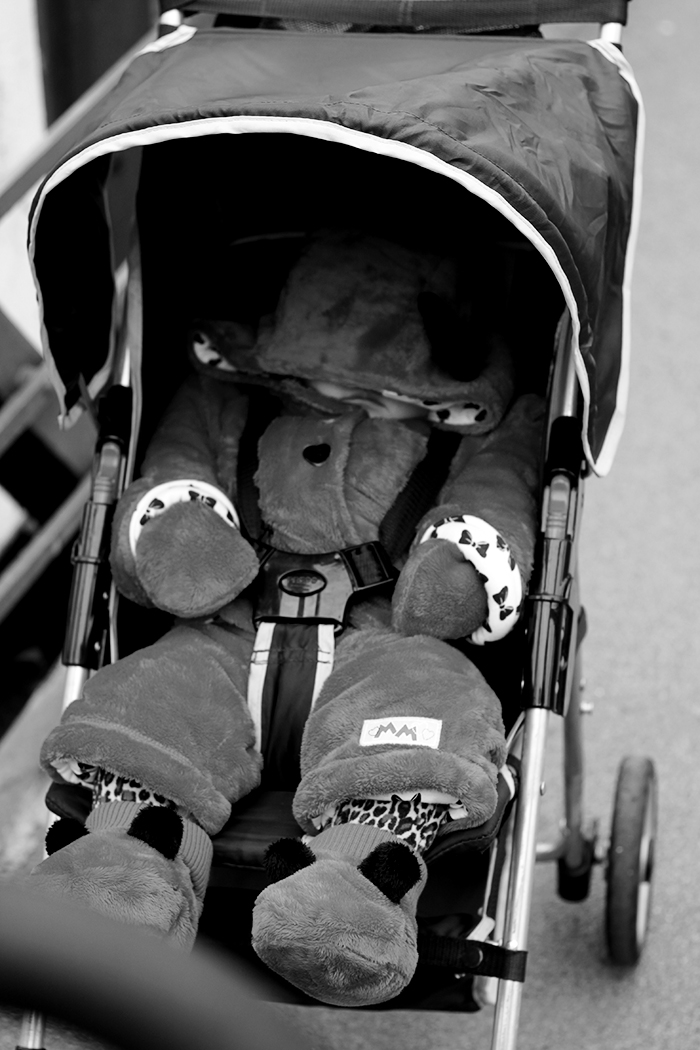 Olivia slept the whole time we were out. We then went back to the hotel, got ready for the wedding. The ceremony was lovely, and we managed to score a room in the back with a window and speakers. This allowed us to see the ceremony  but Elisabeth could be her pain in the butt self and wander around (she spent a considerable amount of time crawling under chairs) and Julius slept through the entire thing. I spent most of it standing with Olivia keeping her happy. It was so nice to not worry about our kids interrupting things.
There was a brief bit of time between the ceremony and the reception, so we headed back to the hotel. However Elisabeth completely zonked out, so I stayed at the hotel with her and Olivia as she slept and Sean and Julius went to the reception. I did however make it a bit later once Elisabeth woke up. We were able to enjoy the food and some of the speeches before we left early as the kids where getting overtired and starting to have melt downs. Over all though, it was a great day.
The next day we decided to try and do some sightseeing.. My plan was to start at Buckingham Place and then make our way around. I really just wanted to see Westminster Abby.
Well the train ride into the city was interesting as the kids protested most of the way. Once there we made our way to Buckingham Palace. 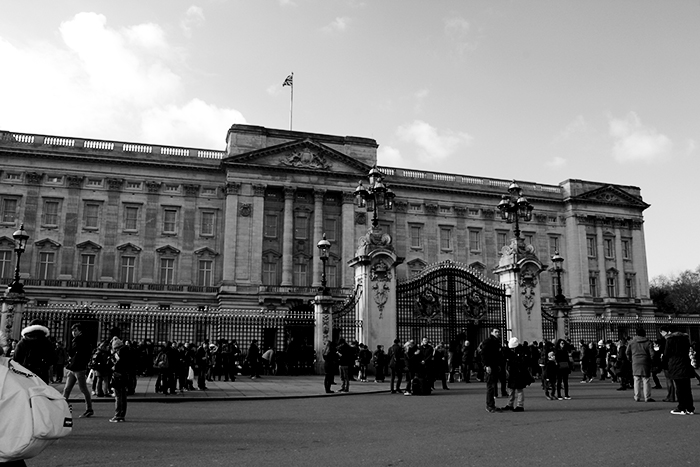 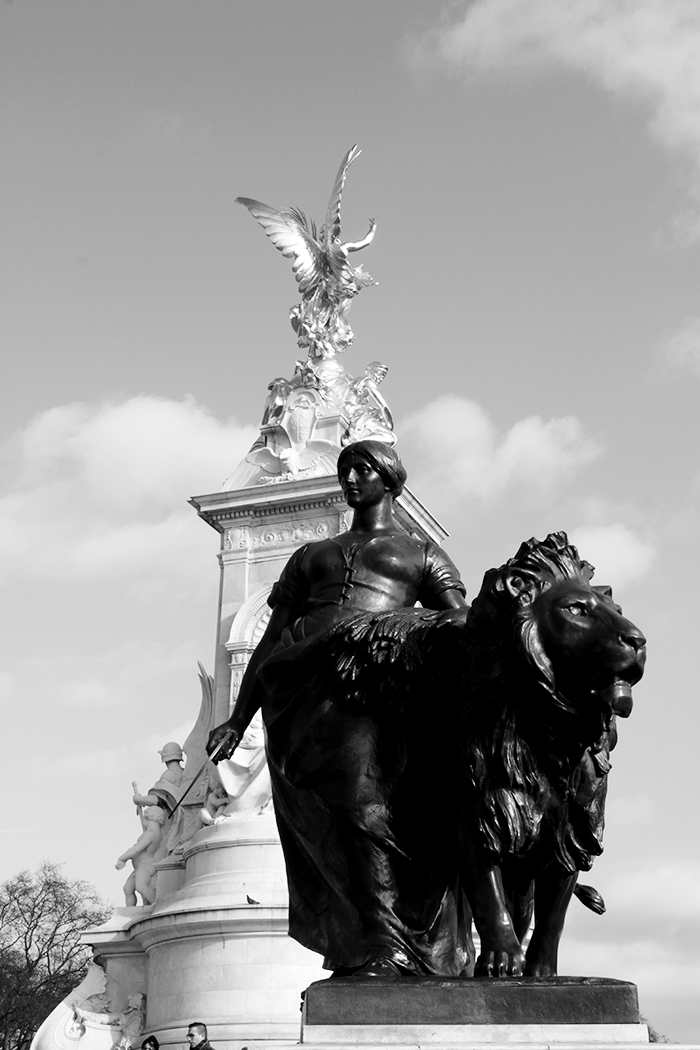 These were really the only pictures I got as every time I tried to take pictures the kids would fuss because we were not moving, or because they wanted out of the pram, etc. You can see how impressed by the situation they are here: 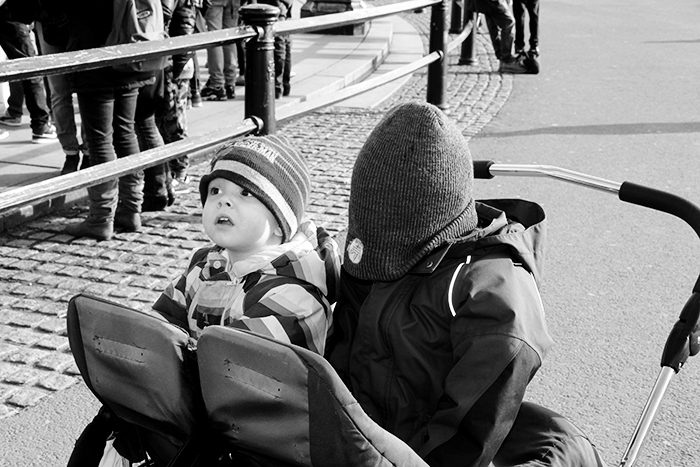 At this point I was stressed and decided sightseeing was just not going to be a fun experience with the two whinny toddlers. So I decided to take them to the Museum of Natural History. I knew where it was on a map. Just through the small part beside the palace, and then through Hyde Park. What I didn’t anticipate was how big Hyde Park is, and how long this walk would take. We walked about 45 minutes, dragging the kids along in the cold and wind. They protested a lot, and there was really not much to see. But I did get a couple of pictures: 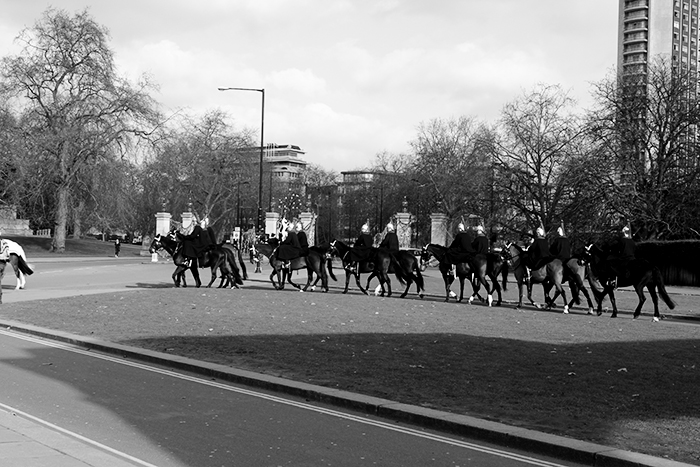 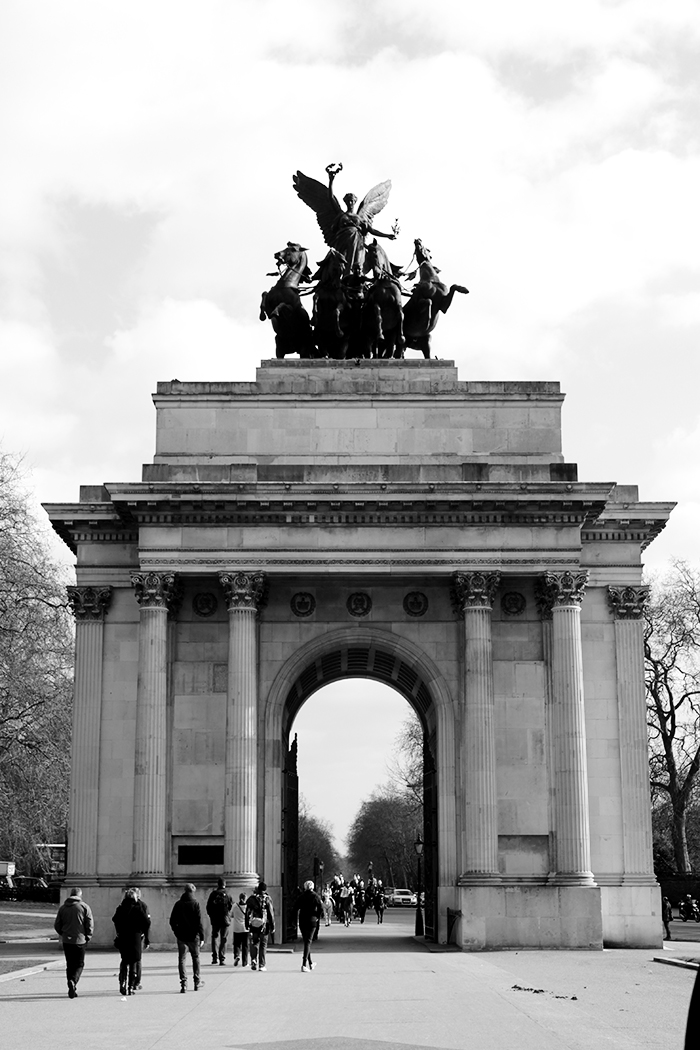 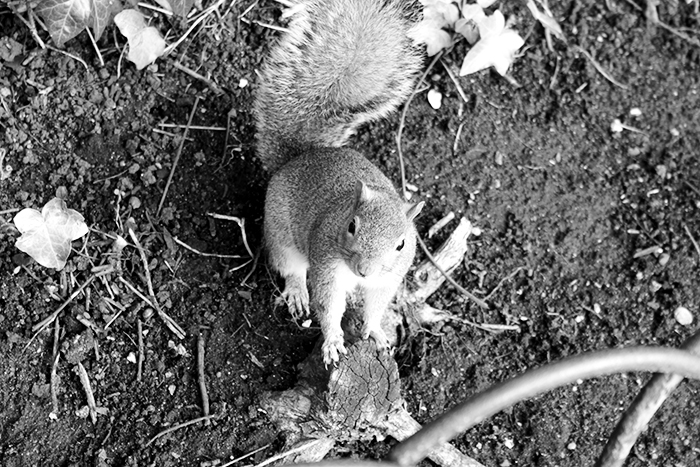 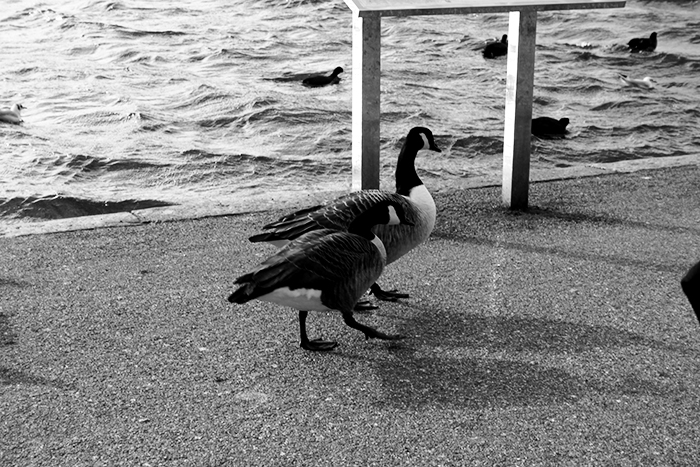 Yep.. that is all I managed to take pictures of. But it was so cold with the wind, we really just wanted to get to the museum. 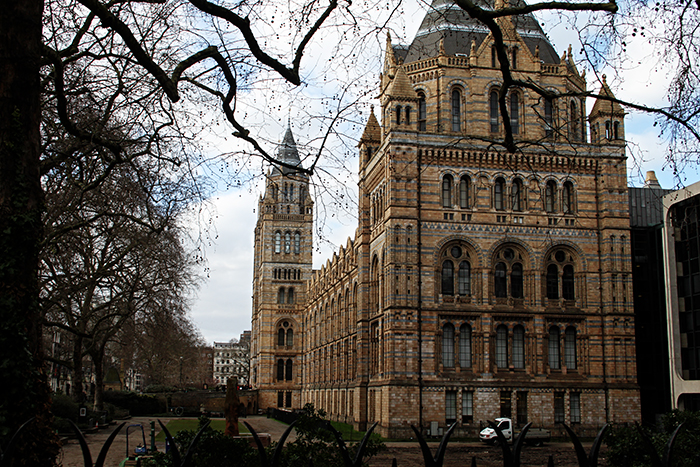 It was so worth the walk. The building was beautiful! The first thing we did when we got there was have some lunch in the restaurant. Sean and I shared a pizza, and we ordered the kids mac and cheese, which they did not really eat. They did get balloons though, so they were happy. However we encountered a few more tantrums, and by this point I was stressed and ready to call it a day. Sean however managed to get the kids settled in the pram and we decided to at least check out the dinosaurs  The moment we stepped in the room Olivia started to fuss and cry. I was unhappy that I couldn’t even take pictures. Luckily she fell asleep moment later (thank goodness as I was about to crack!), and I was able to take my camera out, and we explored the museum. 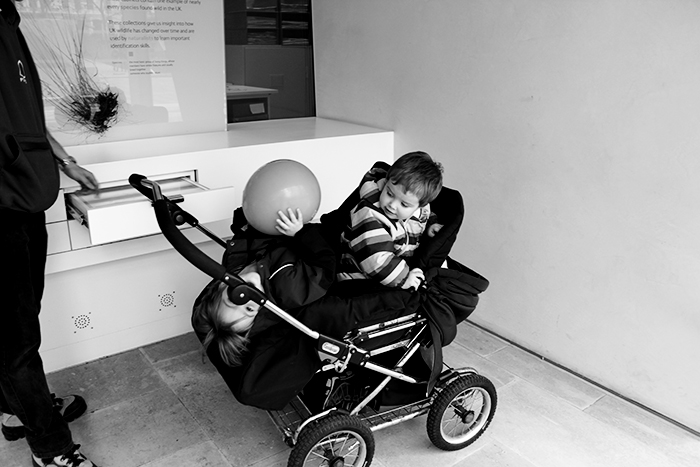 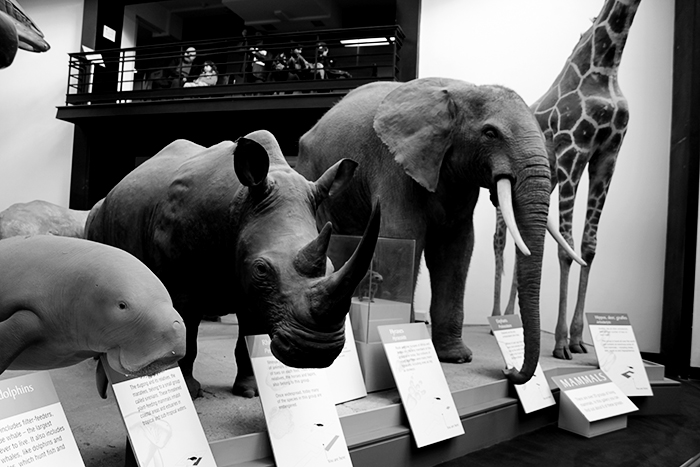 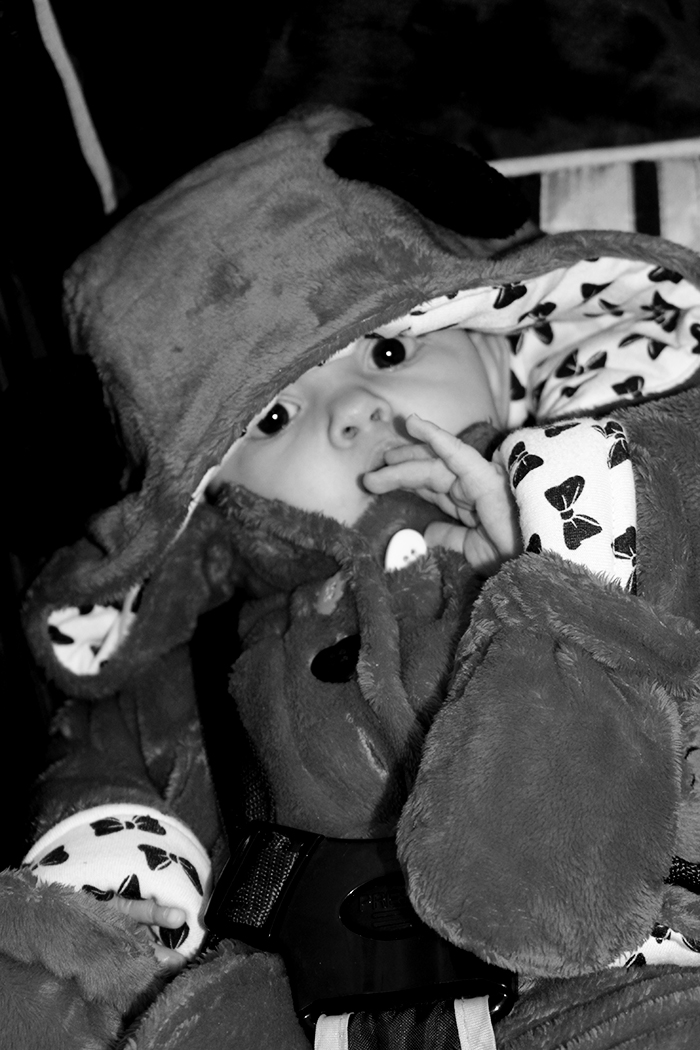 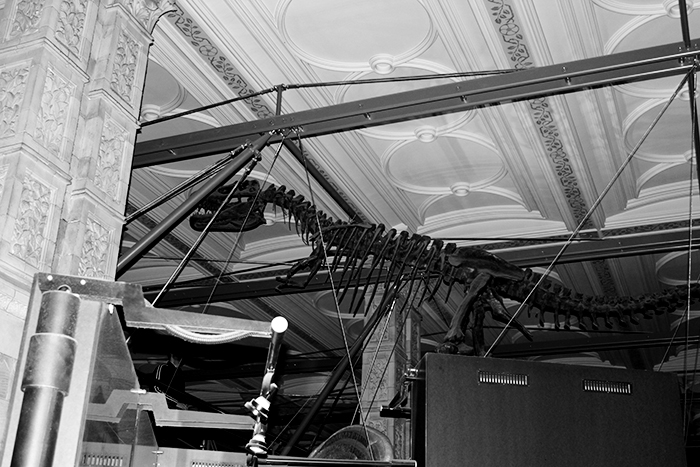 The kids seemed to really enjoy all the animals and for the most part were well behaved. 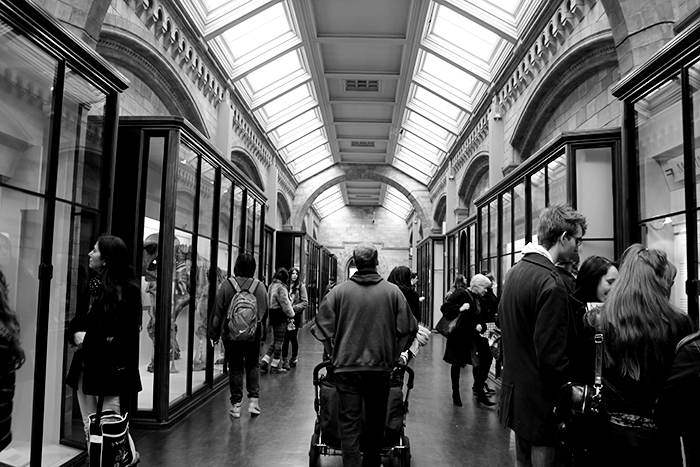 I snapped this picture seconds before Julius’s balloon popped. When this happened the entire room jumped, someone screamed, and another man, who saw that it was just a balloon laughed. Poor Julius, not only had his balloon popped but everyone in the room was also staring at him. Luckily, we came up the the lions and was able to distract him. Later on Elisabeth lost her balloon in the street and was devastated that we did not run out into the busy streets to save it. From our experience… balloons are such a pain in the butt… 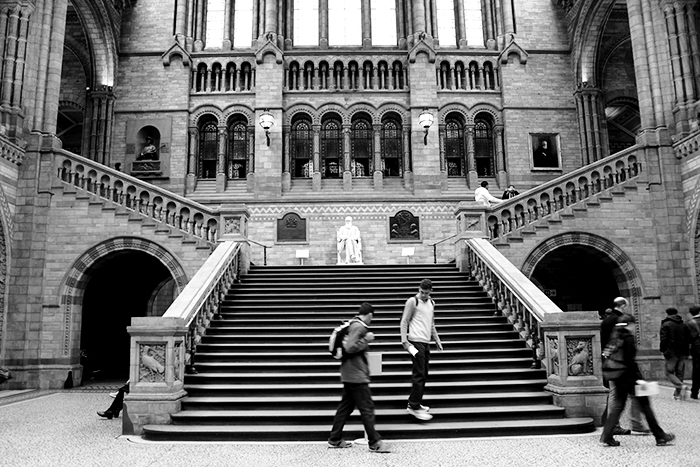 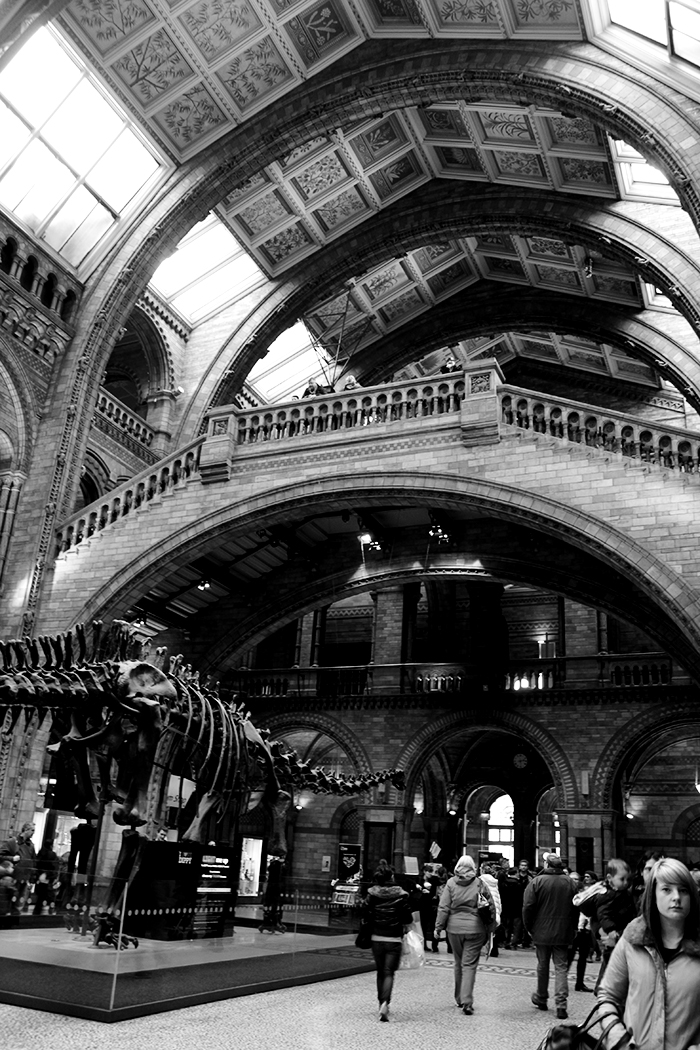 The museum was such  a beautiful place. I wish we did not have the pram and that the kids were older so we could have fully explored all the staircases. One day I want to come back here. If you are ever in London, I would highly suggest it, and the best part is that it is free.

We ended up deciding to stay an extra day in London so we could do some sort of day trip out to Stonehenge and Salisbury. However, within the first 30 minutes of our drive out both kids started melting down. We decided to just call it and head back to the hotel for the day. The kids were much happier to goof around in the hotel and watch movies. This was a common view on the entire trip: 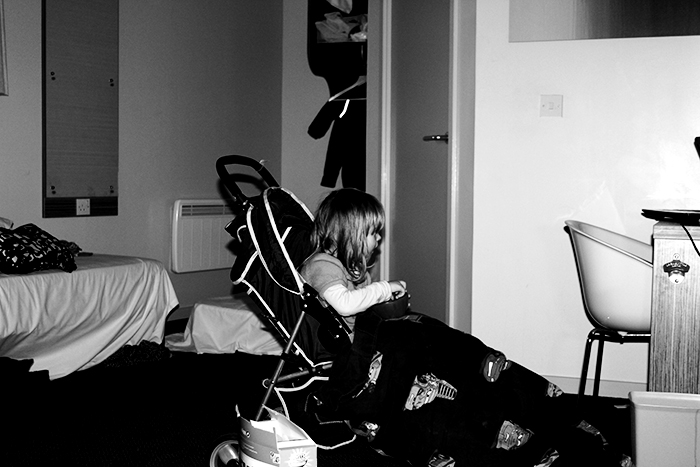 So that was London. We really didn’t see much. But I am so happy we did at least make it to the museum.